API testing is an essential part of the software development process, as it helps ensure that the application programming interfaces (APIs) that enable communication between different systems and services are working as intended. This process involves testing the functionality, reliability, performance, and security of APIs to ensure they meet the requirements and specifications of the system.

What are the Best API Testing Tools for Developers in 2023?

There are many API testing tools available on the market, but which are the best options for developers in 2023?

We made a list of the 10 Best API testing tools for developers in 2023:

Postman is one of the best testing tools for API that allows developers to send HTTP requests and receive responses. It has a user-friendly interface and a wide range of features, making it a powerful and convenient tool for testing APIs.

The key benefit of using Postman for API testing is its ease of use. It has a simple and intuitive interface that allows developers to quickly create and send requests, view responses, and analyze results. It also has a wide range of other helpful features, such as the ability to create and save collections of API requests, generate code snippets in various programming languages, and run automated tests.

Another advantage of Postman is its flexibility. This tool can be used to test APIs for web applications, as well as other types of systems, and supports a variety of protocols, including HTTP, HTTPS, and WebSockets. It also has integrations with popular tools and services, such as Jenkins and AWS, making it easy to integrate into a workflow.

One potential challenge of using Postman is that it is primarily designed for manual testing, so it may not have all of the features and capabilities needed for automated testing. However, it can be used in combination with other tools to provide a comprehensive testing solution.

Overall, Postman is a powerful and convenient tool for API testing, particularly for manual testing and exploratory testing. Its wide range of features and user-friendly interface make it a popular choice among developers.

SoapUI is a widely-used API testing tool that offers both free and paid versions. It supports a variety of protocols, including SOAP, REST, HTTP, and JMS, and has features such as data-driven testing, assertion support, and the ability to create mock services.

This is one of the best API automation testing tools which also has a user-friendly interface and a range of helpful features, such as the ability to import and export tests, create custom properties and assertions, and generate reports. It is a popular choice for API testing due to its extensive capabilities and support for different protocols.

JMeter is a popular open-source performance testing tool that can be used for API testing. It allows developers to create and run load tests on APIs to ensure they can handle high volumes of traffic.

One of the key benefits of using JMeter for API testing is that it supports different protocols, including HTTP, HTTPS, JDBC, and FTP. This means it can be used to test APIs for web applications, as well as for other types of systems.

JMeter has a user-friendly interface that allows developers to create and configure test plans by adding elements such as thread groups, HTTP requests, and listeners. It also has other useful features, such as the ability to simulate different types of users and devices, create custom variables and functions, and generate reports.

Overall, JMeter is a powerful and versatile tool that is well-suited for API testing, particularly when it comes to performance testing. Its open-source nature and wide range of features make it a popular choice among developers.

Karate DSL is an open-source API testing tool that uses the Gherkin language to define test cases in a readable, natural syntax. It is designed to be easy to use and requires no coding skills, making it a good choice for non-technical users or those new to API testing.

Karate DSL also has a range of helpful features, such as the ability to create dynamic payloads, run tests in parallel, and generate reports. It is well-suited for API testing and has a growing community of users.

Insomnia is a cross-platform API testing tool that allows developers to send HTTP requests and view responses in real time. It has a clean, user-friendly interface and supports features such as environment variables, request history, and customizable syntax highlighting.

Fiddler is a web debugging proxy that allows developers to inspect traffic, set breakpoints, and troubleshoot issues with APIs. It supports a wide range of protocols and it has other useful features such as traffic replay and the ability to modify request and response data.

It also includes helpful options, such as the ability to set request headers, follow redirects, and save the output to a file. While cURL may not have as many features as some other API testing tools, it is a convenient and lightweight option for testing APIs.

Advanced REST Client is a Chrome extension that allows developers to send HTTP requests and view responses from within the browser. It has a range of useful features, including the ability to save requests and responses, import and export requests, and customize the request headers.

API testing is an important part of the software development process and having the right tools can make it much easier. The tools listed above are some of the best available for developers in 2023 and offer a range of features and capabilities to suit different needs and preferences. 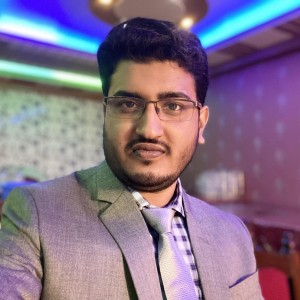 Fakharuddin is a passionate car lover and SEO specialist from Karachi, Pakistan. He has been in the SEO industry for over 5 years and has a deep understanding of search engine optimization. He is an avid reader, loves to travel and explore different cultures, and is always looking for ways to optimize his SEO strategies. He is also a car enthusiast and loves to tinker with cars in his free time. He sees SEO as a great way to connect businesses with their target audience. You can follow him on Facebook and Twitter

The smartest and fastest way to access vehicle data

Vehicle Databases APIs seamlessly integrates into your websites and applications, opening doors to access the data for millions of vehicles – just at your fingertips.
Book a Demo